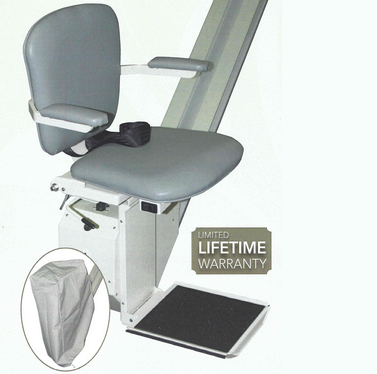 There’s a lot of worry involved when you’re looking for stair lift prices in Richmond. You want to find a machine that will be reliable, fit well in your home, and is safe to use. Thanks to modern technology, stair lifts are safer and easier to use than they’ve ever been.

We want to put your worries to rest. Here are the biggest issues stair lift shoppers are concerned about, all solved once and for all. From keeping your carpets clean to keeping children safe, we’ve dealt with everything for you so there’s no more anxiety in buying your stair lift.

Our Stair Lifts Don’t Need To Be Greased

A lot of customers worry about the maintenance that goes into looking after a stair lift. Rack and Pinion systems need to be greased regularly, or they won’t travel up and down the track properly. With that worry comes the thought of getting grease on your carpets.

With our stair lifts, you won’t need to grease them.  We use a patented worm drive system rather than the old rack and pinion design.

Another common concern is the stair lift won’t work if the power goes out and you are going to be stranded at the top or the bottom of the stairs. It could be your worst nightmare.

Luckily, this isn’t the case. The batteries on modern stair lifts charge continuously when plugged into the power in your home. If the power does go out, it will be ready and waiting to power the lift as normal. You’ll never be stranded on a floor in your home.

The Stair Lift Will Work Even In A Power Outage

Speaking of power outages, a lot of customers we’ve spoken to have put off buying a stair lift, as they’re worried if there’s a power outage they will not be able to use their stair lift. When the lift is essential for getting around the house, that’s a serious concern.

As you can see though, this isn’t the case at all. Stair lifts for the elderly in Richmond all come with a battery driven system as discussed above. If the power does go out, you’re in luck. The battery will hold enough charge to power the system for 25-35 round trips – you can use the lift as normal. Once the power goes back on, the batteries will start charging again.

It’s Safe For Children To Be Around Your Stair Lift

A lot of people don’t buy a stair lift, because they’re worried that it’s not safe for children to be around. There’s concerns that they would be able to turn it on and start using it, putting themselves in harm’s way, potentially.

In fact that isn’t the case at all. Stair lifts comes with optional key locks to switch off the power to the device, until you decide to turn it back on. All stair lifts are very low voltage and there is no risk of electrical shock to either kids or pets. Now you’ve got peace of mind.

There’s a common cosmetic concern when it comes to stair lifts. People think that the tracks will attach to the walls of their stair case. That’s a worry as they don’t want to damage their home, and it’s an issue if they think they’ll ever be selling the house on.

In fact, they don’t attach to the wall at all.  They are attached with secure brackets to the stair treads themselves. That way there’s no visible holes and your walls are safe.

Possibly the most common concern we hear is that stair lifts won’t work in a customer’s home. Their stairs are too narrow, or they bend or even curve. Because of that, they think, a stair lift won’t fit into their home. The only other option is to move to a single story home instead.

Actually, a stair lift will fit in almost every home. They are made to measure, so when you order one a technician will come and measure up your stairs. Then, the stair lift will be made to fit your staircase. That means anyone can have freedom to move around their own home again.  Often, the tracks are cut on site.

As you can see, there are all kinds of reasons why you should consider a stair lift, if you’ve been putting off the idea.  Talk to a representative and see just how one could make your life easier. 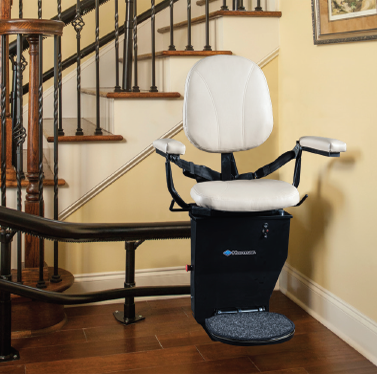 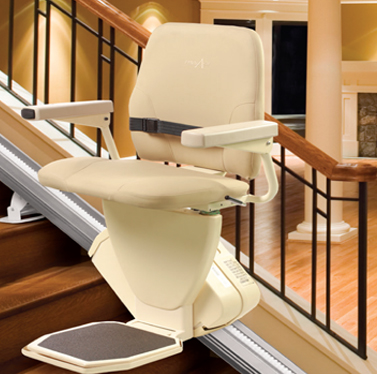